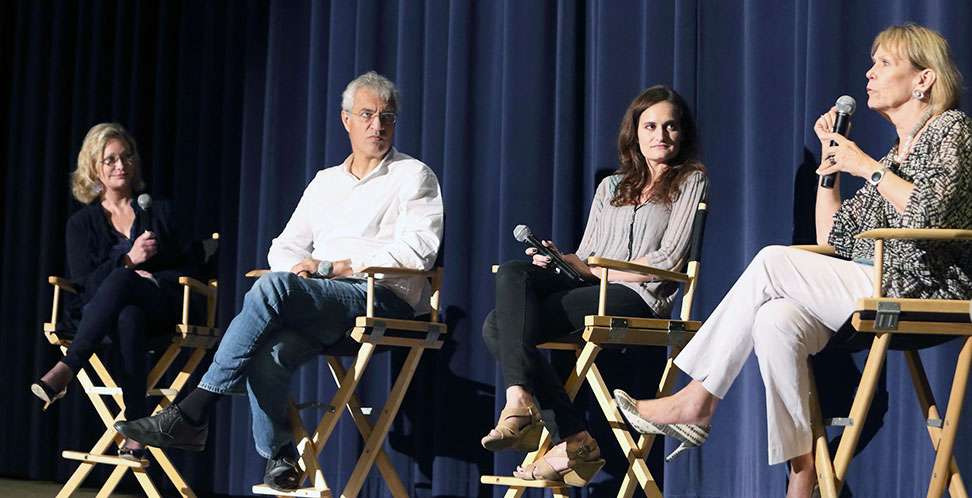 Hollywood, Health & Society presents topical movies and documentaries that are provocative and compelling—from global warming and its impact on U.S. national security to Earth’s rapidly vanishing glaciers. The screenings, held in locations such as the Directors Guild Theater, the Writers Guild Theater and the Academy of Motion Picture Arts and Sciences’ Linwood Dunn Theater, are followed by panels and informative Q&As with the filmmakers.

Exclusive screenings of films with climate change themes provide inspiration with insightful Q&A sessions with writers, producers and experts. Recently we explored species extinction with Oscar-winner Louie Psihoyos for a sneak peek at Racing Extinction before it hit theaters and Discovery channels in 240 countries around the world on Dec. 2, 2015.

For the past several years, Hollywood, Health & Society has honored television shows for their coverage and storylines dealing with climate change. Among the winners and finalists have been the following:

➔ Back to Climate Change page