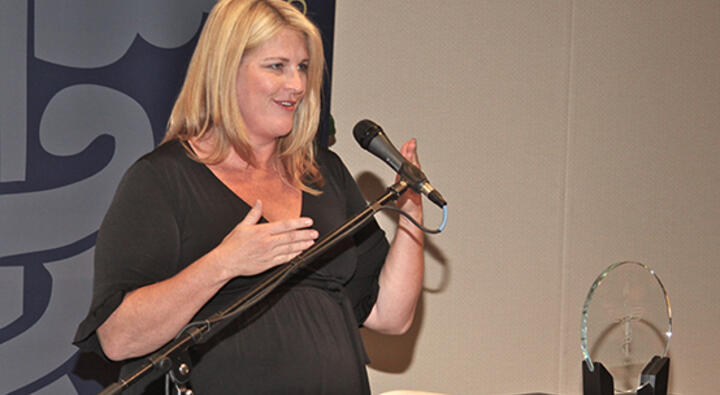 A couple struggling to tell their son that he has Asperger’s. A cystic fibrosis patient facing a wrenching choice. Cultural clashes erupting over birth rituals in South America.

These and other health subjects—from Alzheimer’s to brain tumors (involving the audience-grabbing procedure known as an awake craniotomy)—were honored at the 2011 Sentinel for Health Awards, held Sept. 27 at the Writers Guild of America, West.

The awards were presented on behalf of the Centers for Disease Control and Prevention and hosted by the Hollywood, Health & Society, a program of the USC Annenberg School’s Norman Lear Center.

“Tonight, we honor the producers and writers of the shows on television that get it right,” said Martin Kaplan, director of the Lear Center, in his opening remarks, “and are entertaining as they do it.”

Sandra de Castro Buffington, the director of the HH&S program, called the evening a “celebration of the best in health and entertainment,” and told the assembled writers that “tonight, it’s all about you.”

“Scriptwriters are the master storytellers of our time,” Buffington added, “and the writers we celebrate have helped viewers take a leap on the path to health.”

The eight finalists honored were among an initial 26 storylines nominated at the beginning of the awards process and judged by health and entertainment experts. Kaplan announced that climate change would be a new category in next year’s awards.

Winning the first-place award in the category of Primetime Drama (Major Storyline) was the NBC series Parenthood, for an episode in which a couple, Adam and Kristina Braverman, struggle to tell their son Max that he has Asperger’s, a form of autism. 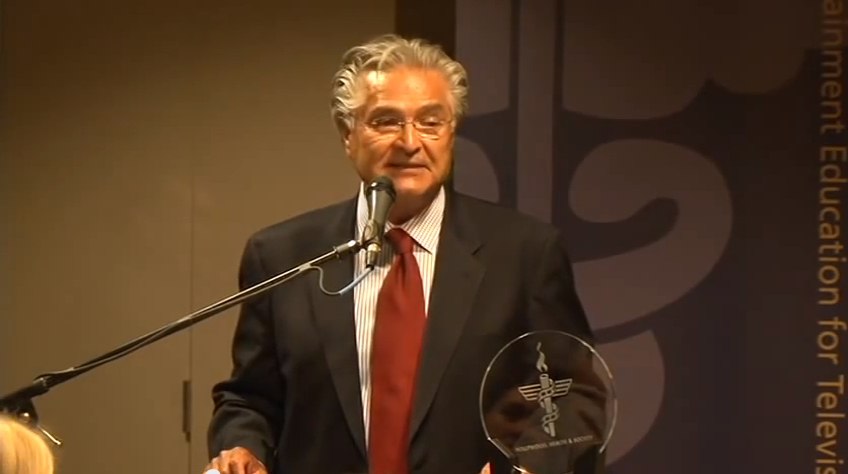