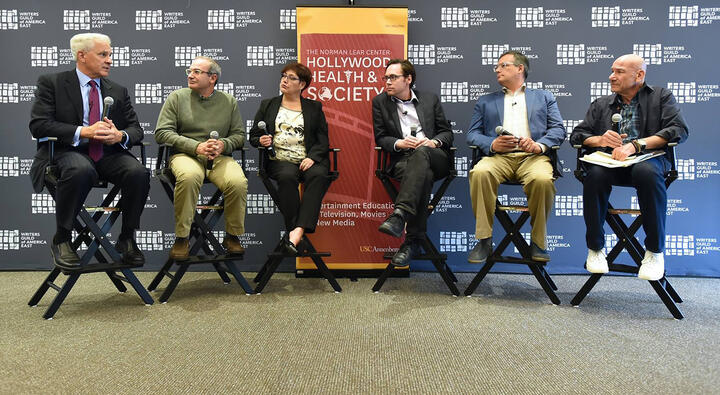 Guest panelists at the "Friday the 13th" discussion, held at the Writers Guild of America East in New York, examined nuclear risks and possible solutions. Photo by Dana Maxon

Hollywood, Health & Society's panel discussion "Friday the 13th: Rewriting the Nuclear Horror Story" brought urgent attention to a topic that not too long ago was seen by many as a relic of the Cold War and a distant threat.

Guest speakers on the panel were Mark Bomback, writer, War for the Planet of the Apes, The Wolverine, Live Free or Die Hard; Joseph Cirincione, president of the Ploughshares Fund; Jeffrey Lewis, a nonproliferation expert at the Middlebury Institute of International Studies at Monterey; Theresa Hitchens, a senior research scholar at the Center for International & Security Studies at Maryland; and Alex Wellerstein, a science historian specializing in nuclear weapons.

The lively discussion at times lived up to the event's billing: There were some pretty frightening remarks made during the afternoon event held at the Writers Guild of America East in New York.

“Today, you have every right to be afraid," Cirincione told the audience. "Nuclear war is the most serious threat to our national security.” 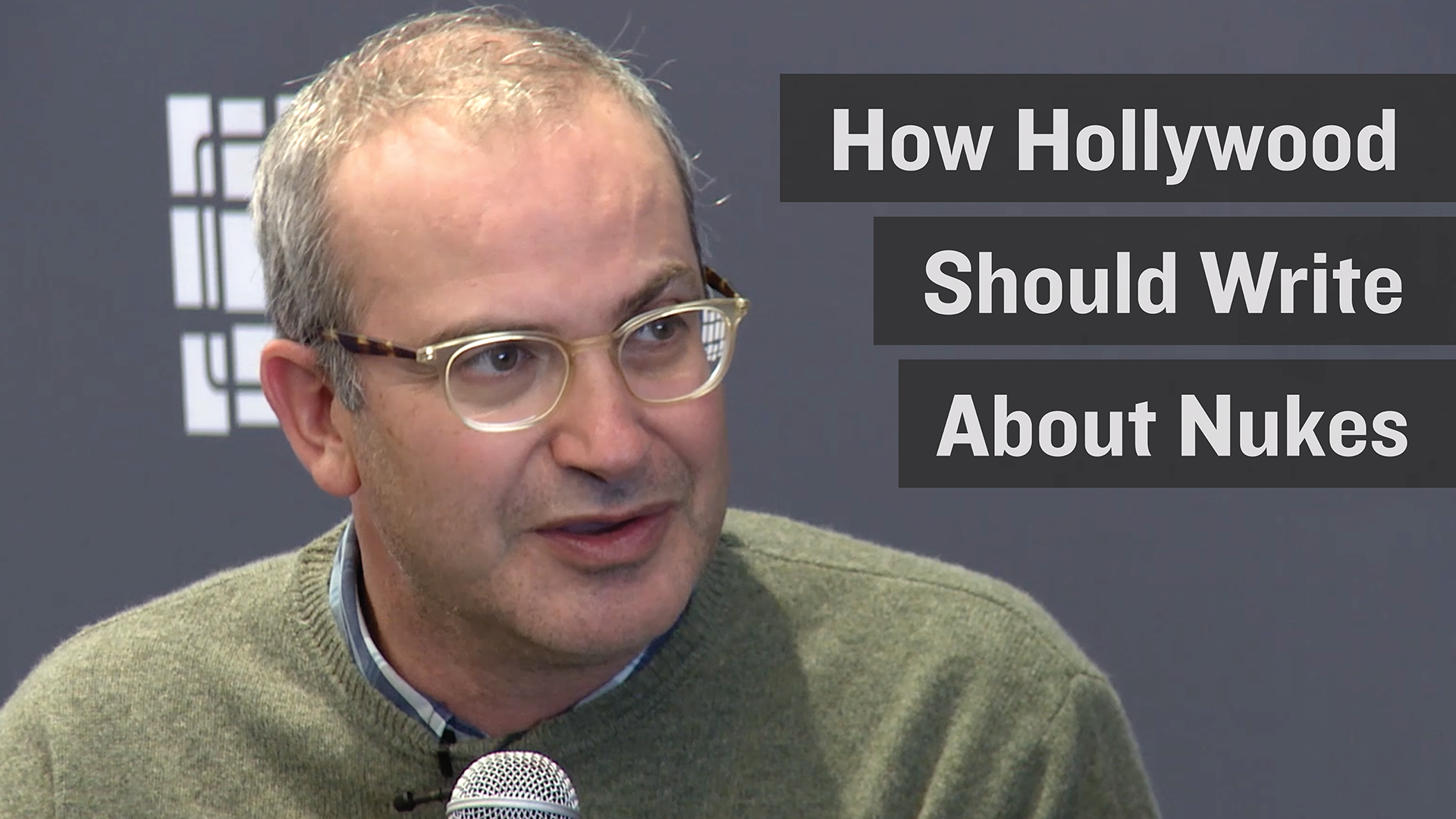 The panel's consensus: If humanity has avoided the ultimate catastrophe in the 70-some-odd years since the atomic age began, it's chiefly because of one thing—luck. And our luck, everyone agreed, is running out.

"As long as these weapons exist, they are going to be used," Cirincione said. "It’s just a question of when."

Which makes efforts to mitigate the danger all the more critical.

Is there any hope?

What's important, Lewis said, is to imagine a world without nuclear weapons.

"We think we will solve the problem with technology," he said. "But it will take political will"—the kind that comes about from an informed and engaged public.

"In every one of the major treaties that the United States signed, there’s evidence of significant interest in what the public thought by the people at the top," he said.

In brief opening remarks at the beginning of the panel, Paul Carroll, a senior advisor with N Square Collaborative, a project designed to foster innovation in the fields of nuclear nonproliferation and a funding partner of HH&S, reinforced the afternoon's tone of exigency.

“We’re stuck in the same sort of narratives and the same way of not only thinking but feeling about nuclear weapons and the risks they pose to us,” he said. “We need more ideas, fresh ideas … we need different mindsets and attitudes and, frankly, skill-sets brought to bear on this problem.”