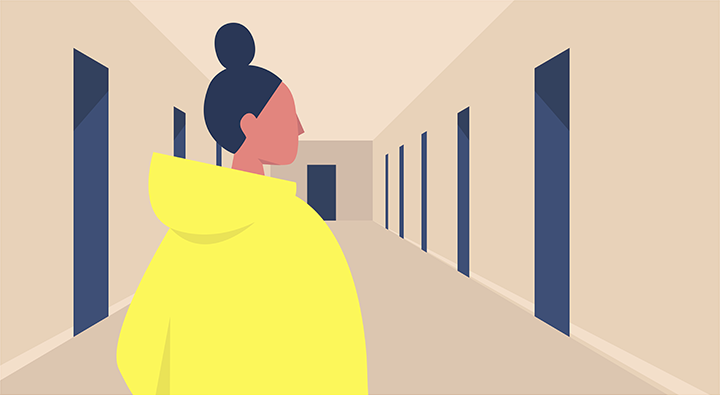 Survivors and previvors of breast cancer are faced with making difficult decisions about how their treatments can affect fertility, family planning and their future.

Hollywood, Health & Society, in partnership with the WGAW Committee of Women Writers, presented an online panel discussion about an issue that weighs heavily on young women affected by breast cancer, yet is rarely discussed.

Survivors and previvors of breast cancer are faced with making difficult decisions about how their treatments can affect fertility, family planning and their future.

TIG NOTARO (moderator)—Tig Notaro is a breast cancer survivor, and an Emmy- and Grammy-nominated stand-up comedian, writer, radio contributor and actor, as well as a favorite on numerous talk shows, including Ellen, The Late Show with Stephen Colbert, and Conan. Rolling Stone named her one of the "50 best stand-up comics of all time." Notaro co-starred in Zack Snyder’s Army of the Dead, and Star Trek: Discovery; she wrote and starred in the groundbreaking TV show One Mississippi (Amazon Prime Video), and hosts an advice podcast "Don't Ask Tig" and the documentary film podcast "Tig and Cheryl: True Story."

JESSICA QUELLER—In 2003, while writing for Gilmore Girls, Jessica tested positive for the BRCA1 genetic mutation, otherwise known as the breast cancer gene. The test was relatively new, and Jessica was one of the first young women in the country to speak publicly about carrying the mutation. Shortly after testing positive, Jessica’s Op-Ed piece about the burden of knowledge that comes with carrying the gene was published in The New York Times. The article was the launching point for her memoir, Pretty Is What Changes (Random House, 2008). Jessica is passionate about helping women empower themselves with knowledge that can safeguard their health. She travels around the country speaking about BRCA, and has delivered keynote speeches for the annual FORCE conference in Florida, and the Bright Pink gala in Chicago. She's also a frequent media spokeswoman on issues of cancer prevention, appearing on NPR's Morning Edition, Good Morning America and Entertainment Tonight. Her first love is dramatic storytelling, and that remains the passion of her life. In addition to Gilmore Girls, Jessica has had the privilege of writing for many other shows that include Felicity, Gossip Girl and The Carrie Diaries, and she's currently a writer/executive producer on the hit show Supergirl (The CW).

DON S. DIZON, M.D.—Dr. Dizon, a professor of medicine at Brown University, is an oncologist who specializes in the treatment of pelvic malignancies at Lifespan Cancer Institute, and director of medical oncology at Rhode Island Hospital. He also leads community outreach and engagement at the Cancer Center at Brown University, and serves as the co-chief medical officer of the nonprofit Global Cancer Institute. His research interests are in novel treatments of pelvic cancers (ovarian, cervical and endometrial cancers) and issues related to survivorship, particularly as they relate to sexual health after cancer for both men and women. He is a prolific researcher and writer, and he has authored hundreds of publications, including peer-reviewed articles, books and book chapters.

JENNIFER AND JAY FELDMAN—Three months after Jennifer and Jay Feldman were married, Jennifer, 27 at the time, was diagnosed with breast cancer. In the process, she had to learn to advocate for herself by asking her health care providers for what she wanted and needed. Five years later, after a bilateral mastectomy and chemotherapy, Jennifer felt a lump near her collarbone, but had to urge her medical team for testing and additional scans. She eventually sought a second opinion before replacing her entire treatment team. Together, Jennifer and Jay decided to consult with a fertility doctor to freeze embryos to preserve fertility options for their future. As Jennifer navigated multiple rounds of radiation, chemotherapy and several surgeries, Jay stood by her and supported the difficult decisions all along her journey.