Producing and Marketing for Social Impact 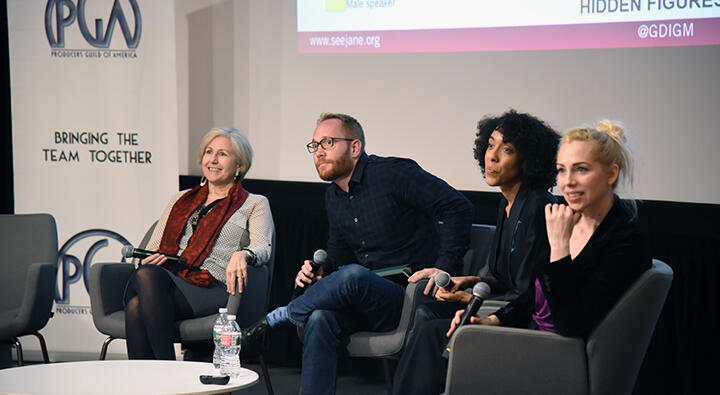 Hollywood, Health & Society and the Producers Guild of America co-presented a seminar on the power of storytelling, the arts and media to bring about social change.

The event, held at Wallis Annenberg Hall on the USC campus, consisted of two panels featuring representatives from organizations that support the creative community by providing resources and expert information about key social issues, and producers and production companies “dedicated to creating cause-related films, documentaries and television content.”

Speakers for the second panel were Bonnie Abaunza, who developed campaigns for over 30 award-winning films and documentaries; David Hoberman, found and co-owner of Mandeville Films and Television; Robert Kessel, senior vice president of production at Participant Media; and Sean McKittrick, a partner at QC Entertainment, which co-produced writer-director Jordan Peele’s hit film Get Out, a 2018 social thriller that looks at the issues of race and racism. Kia Kiso, president of Zaza Productions and co-chair of the PGA Employment Committee, served as moderator.