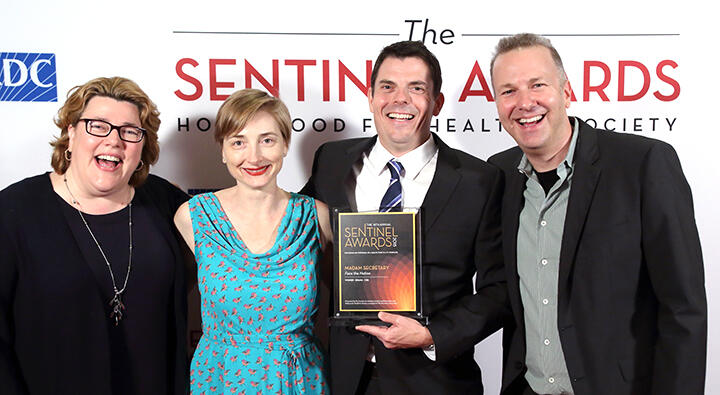 The hit CBS series Madam Secretary  was the winner in the Drama category at the glittering ceremony for the 16th annual Sentinel Awards, which recognize exemplary achievements in television storylines that inform, educate and motivate viewers to make choices for healthier and safer lives.

The awards, held at the Taglyan Complex on Sept. 24, are presented in partnership with the Centers for Disease Control and Prevention by Hollywood, Health & Society (HH&S), a program of the USC Annenberg Norman Lear Center. This year's call for entries drew nearly 90 submissions, the largest number ever received.

“Any award that has the words Norman Lear and your name on it is pretty exciting,” Ward said. “We tried really hard to get it right, and I’m honored that [HH&S] felt that we did, especially because so many people in uniform have come home with PTSD.”