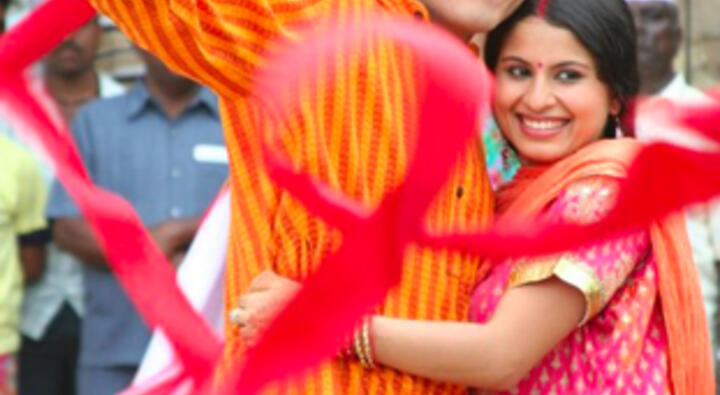 A group of Hollywood writers and producers of top TV shows and films participated in the 5th International Entertainment Education Conference in New Delhi, India, in November, 2011, where they joined in panel discussions, led a workshop on the power of storytelling, and screened an influential documentary film about climate change.

The group's visit, whose goal was to teach conference participants on ways to use storytelling for social progress, was organized by Hollywood Health & Society, which was also a co-sponsor of the conference.

Bringing together the popularity of entertainment and the power of education, the field of entertainment education influences positive behavior and social change and transforms lives. Its communication strategies are rooted in oral traditions (song, dance, drama and storytelling), extend to mass media and are now crossing new boundaries with innovations in technology such as social networking, mobile phones and the Internet.

Featured speakers at the conference were Dr. Arvind Singhal, professor of communication and director of the Social Justice Initiative; David Gere, director of the Art and Global Health Center at UCLA, and founder of the MAKE ART/STOP AIDS initiative, an international network of artists; and Dr. Mallika V. Sarabhai, a performance artist, producer and social activist. Filmmaker Michael Nash screened his documentary Climate Refugees.