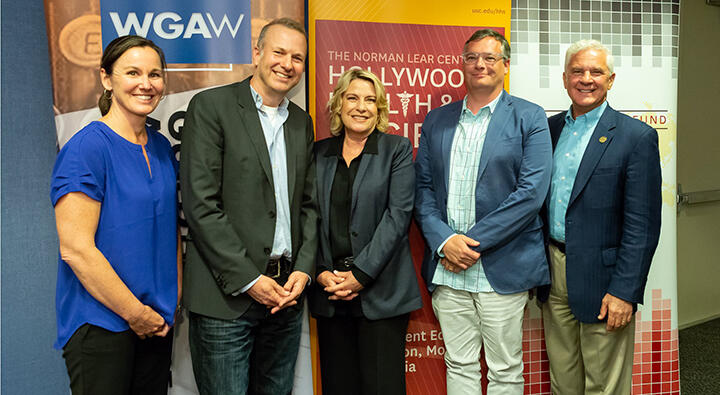 Hollywood, Health & Society and Ploughshares Fund held a special screening of the season finale for the hit CBS series Madam Secretary, followed by a discussion on real-life nuclear threats and the role that entertainment can play in helping to engage and educate the public.

In the episode, "Night Watch," Secretary of State Elizabeth McCord (played by Téa Leoni) faces the aftermath of a false nuclear attack launched from Russia.

A reception followed the panel.

Fallout: The Hiroshima Cover-Up and the Reporter Who Revealed It to the World

Atomic Storytelling From the People Who Know