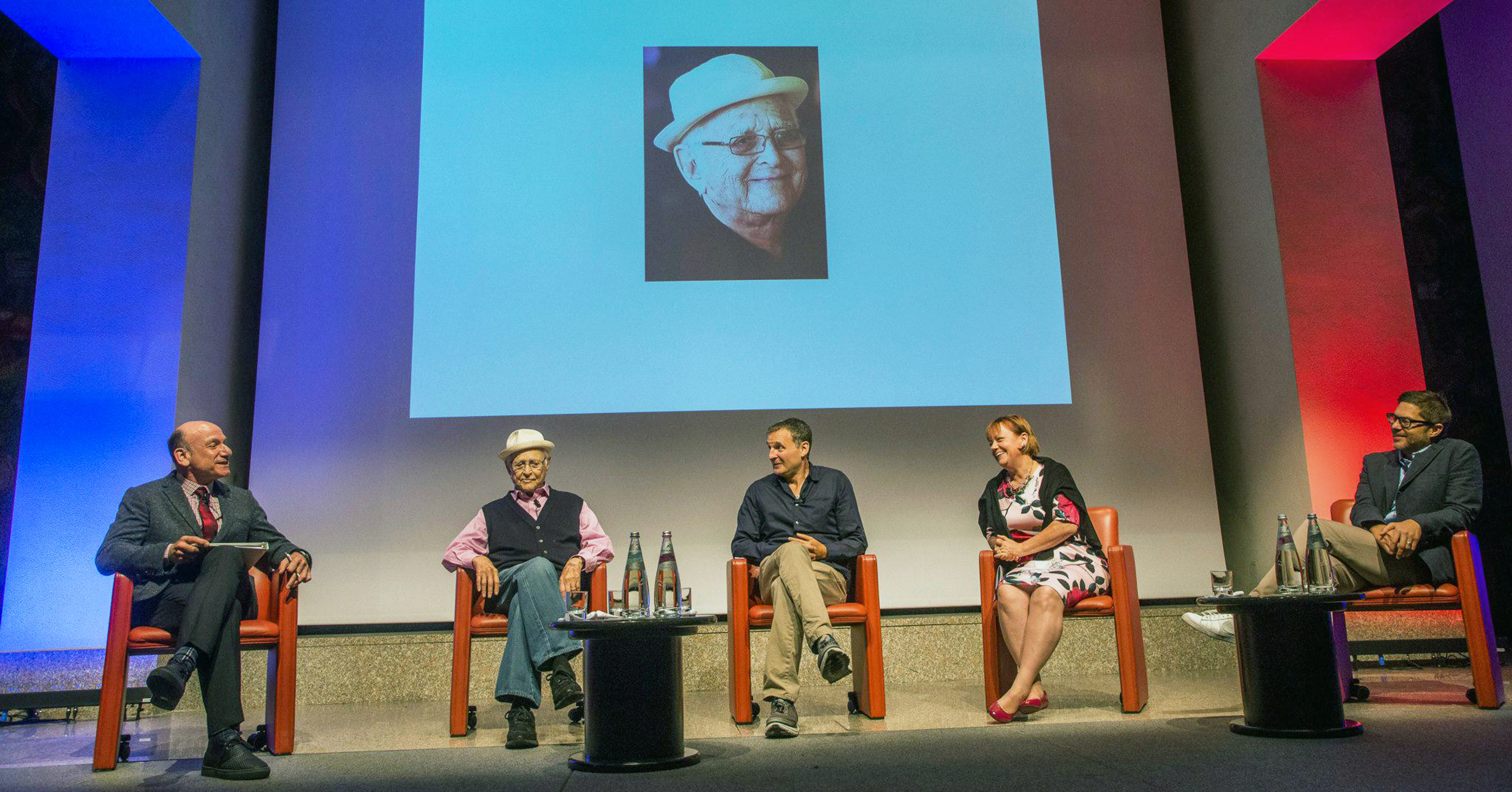 Marty Kaplan, Norman Lear, Phil Rosenthal, Sherry Yard and Josh Kun discuss memories and influences of food in their own lives during Hollywood and Dine: The Image and Impact of Food in Entertainment at Expo Milano 2015. (Photo by Giuseppe Aresu/AP)

These questions formed the basis for new USC Annenberg research that was previewed Sept. 4 at the USA Pavilion’s Casa America (Palazzo Castiglioni) during Expo Milano 2015. The multimedia event Hollywood and Dine: The Image and Impact of Food in Entertainment centers on two studies (see Research Spotlight below) conducted by The Norman Lear Center's Hollywood, Health & Society program. One is about the image of food on TV; the other is about the impact of different kinds of news about nutrition on audiences.

The following offer more information about or were part of the presentation at Expo Milano 2015:

Special guests at the event included Norman Lear, film director and legendary writer-producer and creator of hit television shows that include All in the Family, Maude and The Jeffersons; Phil Rosenthal, creator of Everybody Loves Raymond and the new public television food and travel series I’ll Have What Phil’s Having; Sherry Yard, a renowned Los Angeles chef and James Beard Award winner; Josh Kun, music scholar, food historian and USC professor; and Marty Kaplan, screenwriter, journalist and Hollywood, Health & Society founder who previewed the new research about food in entertainment. United States Ambassador to Italy John Phillips and international cinema star Maria Grazia Cucinotta, an ambassador for Expo Milano 2015, opened the program.

This event was produced by the USA Pavilion at Expo Milano 2015, in partnership with The Norman Lear Center and the Center for Communication Leadership & Policy at the USC Annenberg School for Communication and Journalism, together with The Annenberg Retreat at Sunnylands with the patronage of the U.S. Mission to Italy.

To learn more about the methodology and findings of the two studies:

For further reading on the topic, see our list of existing research examining food, nutrition and obesity depictions on TV. More on our research and evaluation activities is available here.