In addition, Sara Tomko of Resident Alien, Lee Rodriguez from Never Have I Ever, Josh Banday of Upload and Lisa Henson, CEO of The Jim Henson Company, also were in attendance as guests and presenters.

Actress, producer and host Yvette Nicole Brown, whose credits include roles and appearances on Big Shot, Mom, Family Guy, Curb Your Enthusiasm and A Black Lady Sketch Show, which earned her a 2021 Primetime Emmy nomination, was the host.

This year the annual celebration, which honors outstanding TV entertainment that makes a difference, recognized 12 shows whose storytelling tackled powerful and timely topics, including Emmy nominees and winners Dopesick, Abbott Elementary and Hacks, as well as A Million Little Things, Never Have I Ever and Reservation Dogs, the breakout coming-of-age series about four indigenous teen-age friends living in rural Oklahoma. Reservation Dogs received a Culture of Health Award for its entire Season 1 body of work that covered healthcare and economic disparities, aging and caregiving, mental health, suicide and racism.

For more than 20 years, the Sentinel Awards have recognized exemplary achievements in TV storylines that inform, educate and motivate viewers to make choices for healthier and safer lives. For audiences here and around the world, television often provides both entertainment and factual information about a wide range of health topics and social issues. Today, fighting widespread misinformation with facts has never been more important, and HH&S helps TV storytellers find the facts they need to “get it right.”

In 2021, NBC’s medical drama New Amsterdam received the Culture of Health Award for its third season. In addition to New Amsterdam, 11 other shows were celebrated for outstanding storytelling that informs and educates viewers, and helps them to make safer and healthier choices in their lives. These included The Good Doctor, Euphoria, Pose, The Handmaid’s Tale, This Is Us and Grey’s Anatomy. Their episodes covered such topics as Covid-19, abortion, mental health, addiction and racism. HH&S presented and livestreamed the 2021 awards show in a virtual event on Oct. 20. Check out the gallery of guests and honorees

As the entertainment landscape expands and programs continue to push boundaries, topics such as disease, injury, maternal health, disability, violence, discrimination and more are being explored through dynamic storytelling. 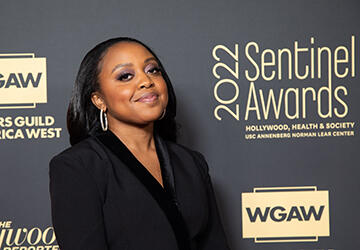 Quinta Brunson, Hannah Einbinder, Tyler James Williams and Sarah Podemski were among the shining stars on the red carpet. 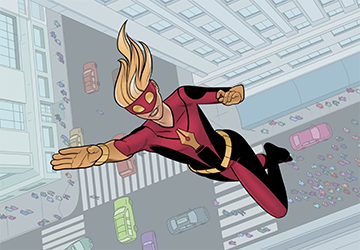 Must Watch
The Sentinel Champion 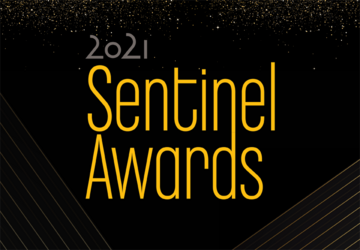 The event, co-hosted by Gloria Calderón Kellett and Mike Royce, honored NBC’s New Amsterdam with an award for Season 3. 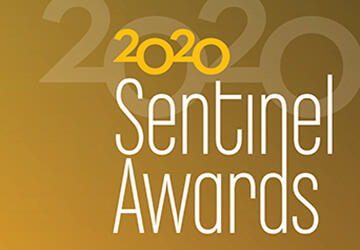 The event marked its 20th year, honoring shows that included Normal People, The Good Fight, Pose and I May Destroy You. 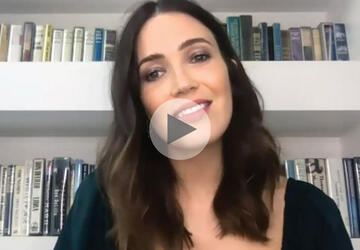 Must Watch
'This Is Us' Recognized

Mandy Moore talks about her character's multi-episode Alzheimer's storyline, an honoree in the 2020 Sentinel Awards.

The virtual event reminded everyone that stories that tackle topics such as abortion, racism and immigration make a difference. 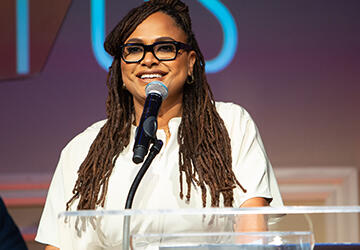 Ava DuVernay's When They See Us was among the honorees, which also included Chernobyl, Grace and Frankie and The Resident. 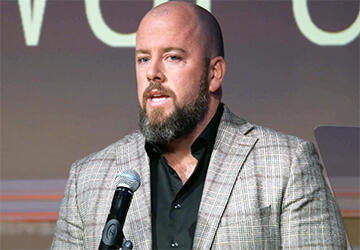 Watch some of the best moments from the 2019 red-carpet event, a sometimes moving and deeply personal ceremony. 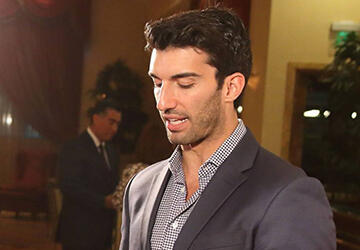 Check out our gala events from past years. Pictured: Justin Baldoni, co-star of 2015 comedy winner Jane the Virgin.